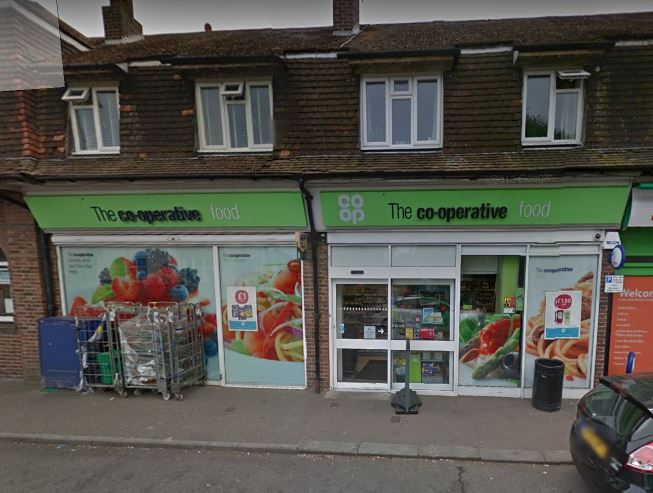 The two incidents occurred at Co-op in Reculver Road, Beltinge and the Post Office in Island Road, Upstreet, and police investigating believe they are linked.

Officers were called to the Co-op at 2.38am to a report of a burglary. A brick had been used to smash the glass door and attempts had been made to steal cigarettes, but the suspects had left empty-handed.

At 3.37am police were called to a report of a burglary at the Post Office in Upstreet. A glass panel of the door had been smashed and a quantity of cigarettes had been stolen.

Detective Inspector Richard Allen said detectives were linking the two crimes and were following a number of lines of enquiry.

He said: ‘We believe the offenders must have had a vehicle to enable them to commit both burglaries in such a short timescale, and we urge anyone who saw a suspicious vehicle at either Beltinge or Upstreet - or nearby Nethergong Hill -  to contact us.

‘We also urge people – especially the owners of rural businesses – to remain vigilant and report any suspicious behaviour.’