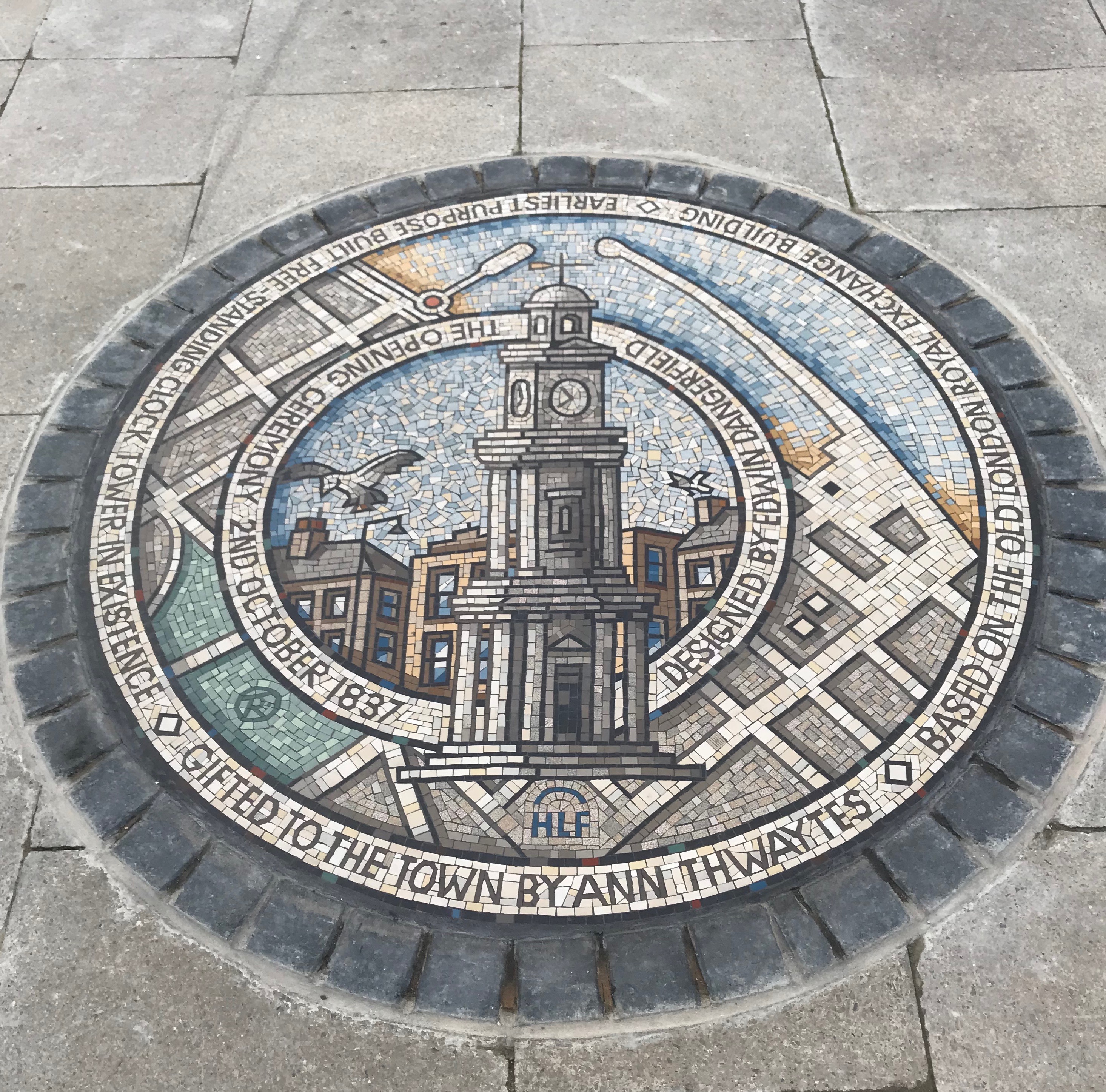 Sir Roger Gale has officially unveiled the Herne Bay Mosaic in an event that took place at the foot of the clock tower.

The mosaic has been funded by the Big Lottery Fund and local artist Rob Turner designed and installed the artwork, which depicts various local places of interest.

The event, which took place between 2 & 3pm today (25th November), was well attended despite the cold wind. Along with the gathered crowd and dignitaries were the organisers of the event - the Friends Of Herne Bay Clock Tower, who have been active in overseeing the restoration and then promoting and caring for the clock tower.

The Friends Of Herne Bay Clock Tower cease as an organisation on 31st December this year, having completed the three years of work they set out to achieve. The mosaic will act as a fantastic legacy to all they have done.

Speeches were given by the Chairman of the Friends, Julian Jennings, creator of the mosaic Rob Turner, The Sheriff of Canterbury Colin Spooner and Herne Bay's MP Sir Roger Gale, who went on to cut the tape. 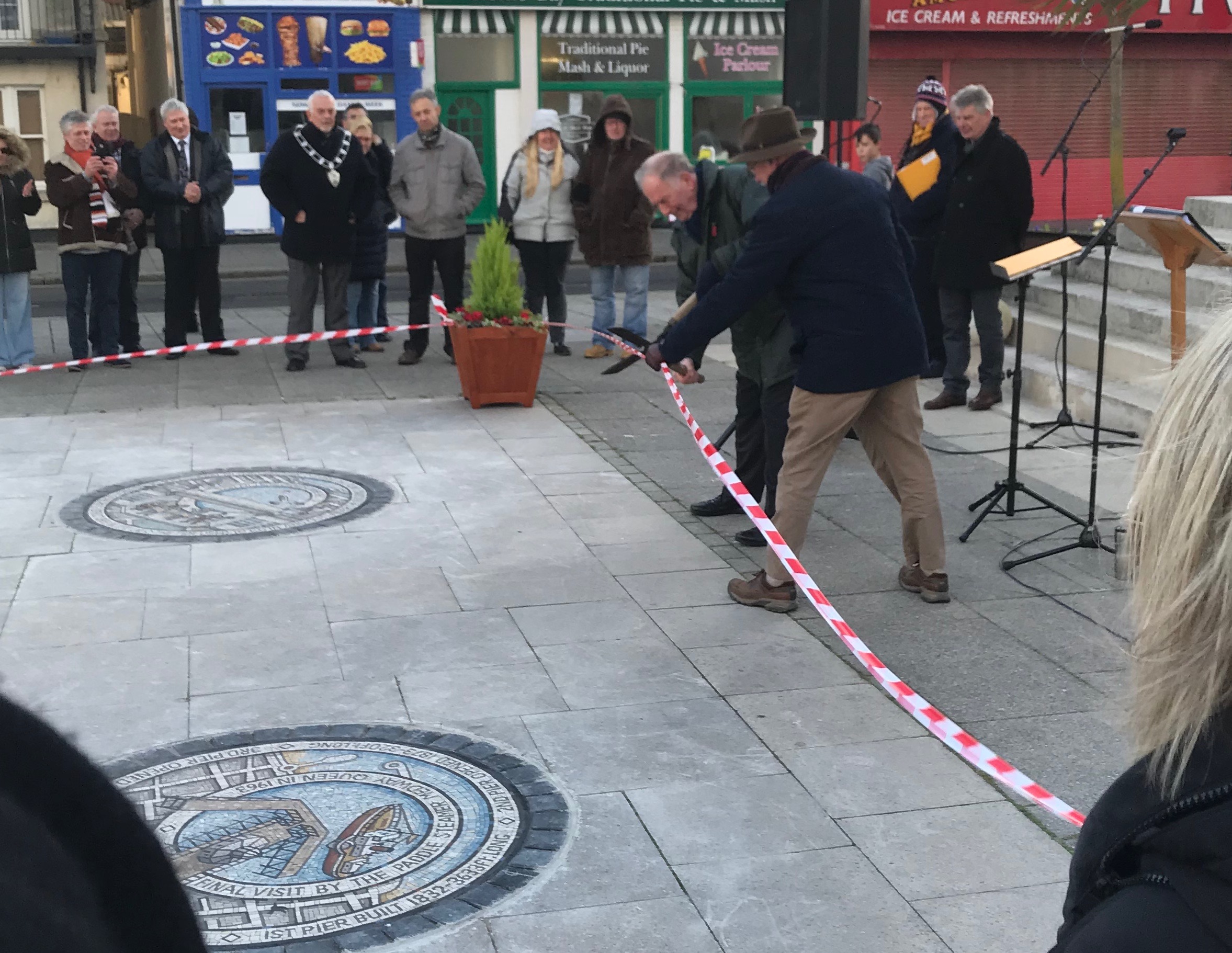 There was also mulled wine and mince pies enjoyed by those present along with entertainment from the Big Bay Community Singers. 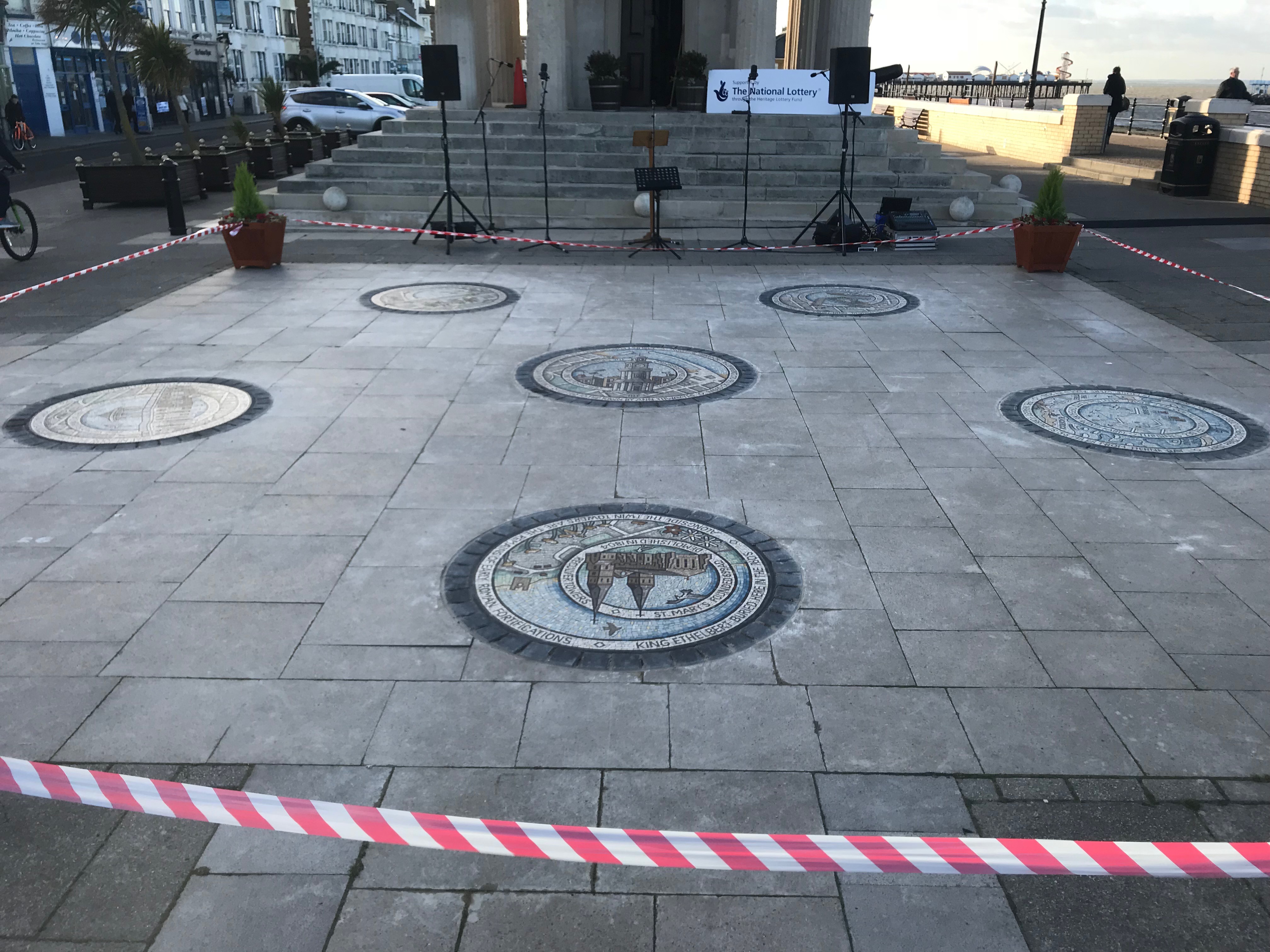